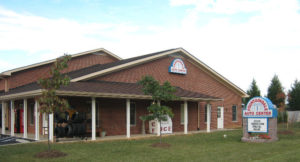 Clark Dayhoff began working for Richard in the fall of 1985 as a full service attendant. Through the years he worked his way up and became service manager in 1995. When Richard decided to retire from the Auto Repair portion of the business in 1999, he sold the business to Clark and was renamed Fountaindale Auto Center. Continually growing, it was necessary to build a new, 10 bay facility and move to 19 East Green Street in Middletown. This 8,200 square foot facility has been in operation since July 2003.

Fountaindale Auto Center, with its industry leading 2 year, unlimited mileage warranty, continuous technician training and superior customer service, wants to be your auto care center for many years to come.